on Map
Добавить место 13 places
13 places
ATTENTION! Due to the current epidemiological situation changes in the work schedule are possible! Please make sure to check the operating hours of the objects by contacting them in advance!
Natural monumentsMonasteries and ChurchesMuseumsSculptures and monumentsEstatesIconic locationsSights 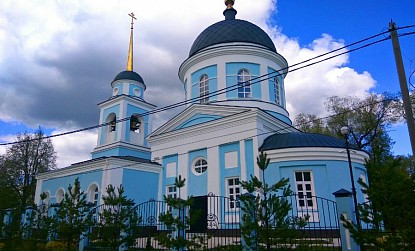 The old wooden Somov Church in the name of the Protection of the Holy Mary with chapels in the name of Saint Nicholas and Saint George was 60 sazhen from the high road. It is unknown when exactly it had been built but it existed before 1671, as could be found out based on the ornamental inscription on a wooden pede...
free
Protection of the Holy Mary Church of Somovo
Sharova St, Somovo, Odoyev, Tula Region (opposite the club)
Add to tour Delete from tour
Monasteries and Churches 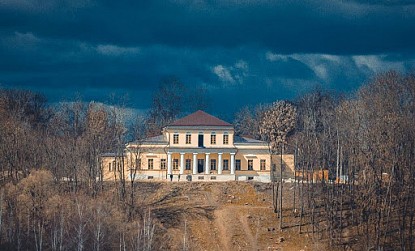 The Mirkovich Manor perfectly fits the traditional idea of a noble manor as a historical and cultural building complex that includes a manor building, some outbuildings, a park area, and a landscape, the features of which were considered during the construction and furnishing of the manor. The descendants of...
free
The General Mirkovich Manor
79,Molodezhnaya st., Nikolo-Zhupan Village, Odoev Settlement, Tula Region
Add to tour Delete from tour
Estates 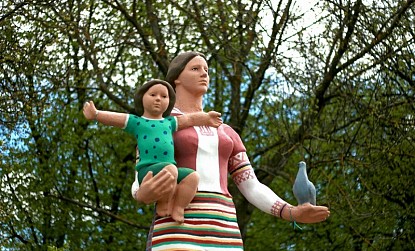 In the Soviet era, the monument was made in the style of Socialist realism, was situated on Ulitsa Pobedy, and bore the name “Mother and Child”. Quite recently, the monument has been restored and dedicated to a popular Russian idiom, show someone Kuzka’s mother, that means "teach someone a lesson." The monument Kuzk...
free
Monument Kuzya and Mother
41 Karla Marksa St., Odoyev Settlement, Tula Region
Add to tour Delete from tour
Sights 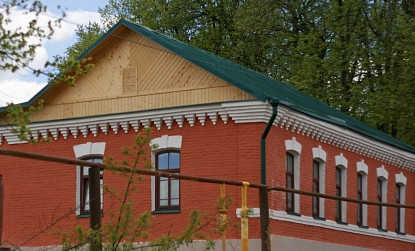 Before the revolution, the museum building belonged to the merchant Kashirin. The basement of the building hosted a bakery where fresh buns and rolls were baked. There was a large garden behind the house. Later, for a long time, the Odoyev branch of the State Bank was located in the house. Duri...
100-150
Municipal Budget Institution of Culture "Odoyev - The Museum City"
35A Karl Marx Str., Odoyev, Tula Region
Add to tour Delete from tour
Museums

A two-story building with a vertical three-story semi-cylinder between the narrow sides is the house of the City Administration built in the early 19th century. Most of it was occupied by the police and the judiciary. In the second half of the 19th century, the North-Eastern corner of the building was...
free
City Administration
35 Karl Marx Str., Odoyev, Tula Region
Add to tour Delete from tour
Architectural monuments 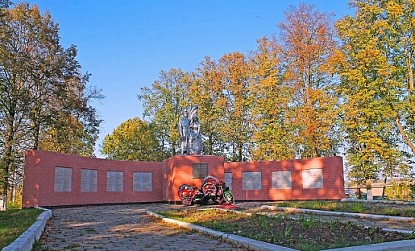 More than 400 soldiers who died during the liberation of our district are now in three mass graves of the Odoyev District, which were reburied in 1956-1957 from the numerous graves that could help to trace the tragic events of frosty December 1941. In 1956, Odoyev Mass Grave accepted reburied remains of 303 ...
free
Mass Grave
Intersection of Karl Marx St., Oktyabrskaya St., and Proletarskaya St., Odoyev, Tula Region
Add to tour Delete from tour
Sights 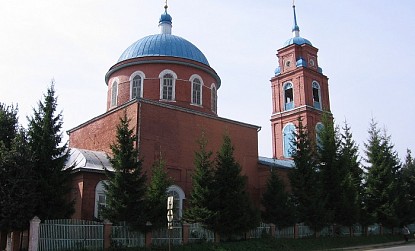 The Trinity Church built in 1839 rises above the low buildings of the southern tip of the glorious city of Odoyev! When one arrive in the city to learn about the history of the Big Zasechnaya Cherta and Filimonovskaya Toy, be sure to visit this old temple!
Holy Trinity Church (Odoyev)
39 Pobedy St., Odoyev, Tula Region
Add to tour Delete from tour
Monasteries and Churches 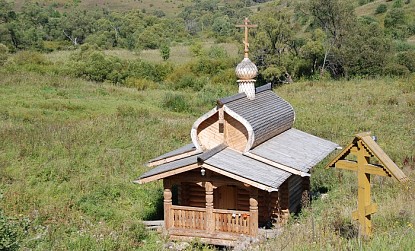 In search of peace and tranquility, it is so nice to be close to nature. One may feel an especially close connection with nature when visiting the consecrated spring "Gremiachy." Holy places attract people with their coziness. Here, one may visit the wooden church of Michael the Archangel and drink pure spring...
free
Gremiachy Spring
Zibrovo, Odoyevsky District, Tula Region
Add to tour Delete from tour
Natural monuments 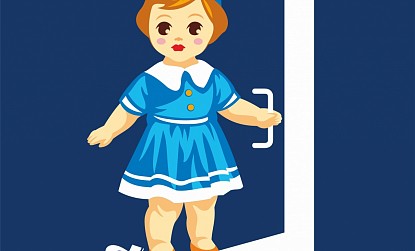 Attention! Here is the guidance to staying in the glorious city of the Big Zasechnaya Cherta, Odoyev! After studying the numerous estates and Filimonovskaya Toys, it is worth getting acquainted with the toys produced during the Soviet period! Look, touch, listen! Check the very cozy atmosphere of childhood!
150-250
Into Childhood museum of Soviet Toys
42 Karl Marx St., Odoyev, Tula Region
Add to tour Delete from tour
Museums 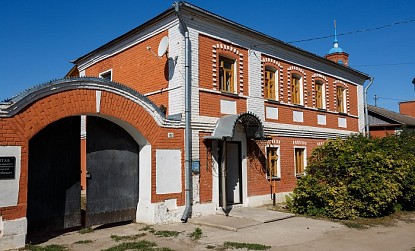 Honey, bees, propolis, and apitherapy... Where, if not in Odoyev, there is an opportunity to learn about it all and even more! It is here that the secret of the longevity of the hereditary beekeeper Ivan Dumchev is revealed. However, you just need to see everything with your own eyes in Odoyev's Honey Farmstead!
100
Medovoye Podvorye Museum
82 Karl Marx St., Odoyev, Odoyevsky District, Tula Region
Add to tour Delete from tour
Museums 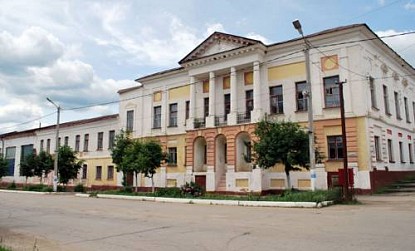 Storozhev, a Moscow merchant who was born in Odoyev, built a house in his homeland that was different from all the other ones in the city. It is said that the slightly sentimental decision to build the mansion was prompted by the death of his daughter. So the memory of the merchant remained on the streets of Odoyev...
free
House Storozheva, Odoyev Village
47 Karl Marx St., Odoyev, Tula Region
Add to tour Delete from tour
Architectural monuments

Bright, colorful, with cute and funny facial expressions, bizarre elongated shape, it is the famous Filimonovskaya Toy! When you arrive in Odoyev, be sure to visit the museum of this local craft! You will definitely not regret it! Moreover, you have the opportunity to paint one by yourself and take it home!
150-250
The Filimonovskaya Toy Museum
11 Silverstov St., Odoyev, Odoyevsky District, Tula Region
Add to tour Delete from tour
Museums
Show more

Odoyev is one of the most charming towns in Tula Region. A few kilometers before the town, you will see picturesque fields that beckon you to stop and take an excellent photo. Among Odoyev landmarks there are not only beautiful nature and the sweet smell of field herbs, but also museums, buildings, monuments, and crafts; in other words, history.

The town was first mentioned in 1380, but some items were found on the site of modern Odoyev that indicate that households had already existed here in the 9th century. There are many pottery products among the finds. In addition to tableware, the famous Filimonovo toy was made in Odoyev. For centuries, the secrets of its manufacture have been passed from generation to generation. Today, one of the attractions of Odoyev and Tula Region is the Filimonovo Toy Museum.

But this area is famous not only for pottery. Odoyev was one of the fortresses of the Great Zasechnaya Cherta (Great Abatis Border). The stockaded town was situated on the cathedral mountain; today, an observation deck with gazebos is located there. From here, a view of the fields, abatis forests and the river opens for several kilometers around.

One of the remarkable sights of Odoyev is the Virgin Anastasov Monastery. Its construction began in the 16th century. Under Catherine the Great, the monastery was abolished, and its main church fell into desolation in Soviet times. Today the snow-white monastery has found its abbot and brethren. An excellent panoramic view of the surroundings opens from here.

In this section you can find information about the wonderful areas of Odoyev, their addresses and opening hours. Interesting monuments, attractive architecture of merchant and noble houses, and museums invite tourists to spend a pleasant weekend in Tula Region.