on Map
Добавить место 6 places
6 places
ATTENTION! Due to the current epidemiological situation changes in the work schedule are possible! Please make sure to check the operating hours of the objects by contacting them in advance!
Natural monumentsMonasteries and ChurchesMuseumsSculptures and monumentsEstatesIconic locationsSights If you have never heard of the Romantsevskiye Mountains, then you are not a fan of relaxing in the fresh air and shooting in stories. Mountains among the plains, colorful lakes, picturesque views, the ability to come with a tent make this place the most "instagrammable" in the region.
free
Romantsevskiye Mountains (Konduki)
Konduki, Uzlovsky District, Tula Region
Add to tour Delete from tour
Natural monuments 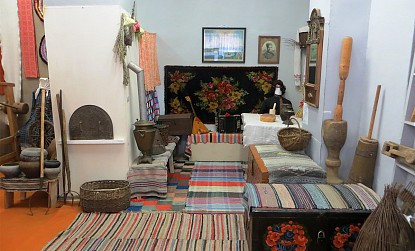 The Uzlov Museum of Local Lore opened for public on May 9, 1968. In January 1971, it received the status of state institution. On June 13, 1987, with the help of S.P. Tkachev, the People’s Artist and Deputy of the Supreme Soviet of the RSFSR, the first people’s art gallery in the region opened, which later allowed ...
80-120
Uzlov Museum of Art and Local Lore
48 Beklemishchev St., Uzlovaya, Uzlovsky District, Tula Region
Add to tour Delete from tour
Museums 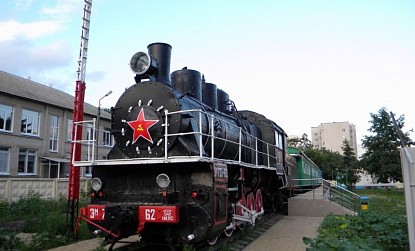 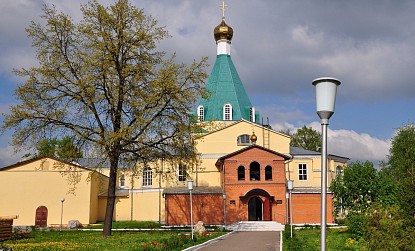 A large church with various parish premises was built at the Uzlovaya Station in 1899. In Soviet times, the Church was not used for its intended purpose but in 1995, it was returned to the believers. Among other things, there is a wonderful painting and a magnificent choir! You should see this!
Holy assumption Church
12 Uspenskaya St., Uzlovaya, Tula Region
Add to tour Delete from tour
Monasteries and Churches 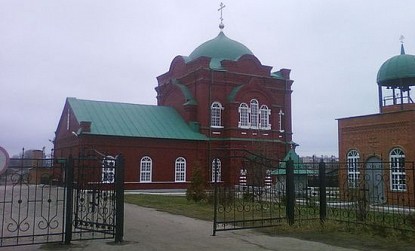 There is an old temple in the Byzantine style with an unusual dome in the village of Supon. After more than 70 years of neglect, the temple has been restored along with wonderful frescoes inside! Now donations are being collected for the reconstruction of the bell tower. Everyone has the opportunity to contribute!
Holy Trinity Church (Uzovaya)
Supon, Uzlovsky District, Tula Region
Add to tour Delete from tour
Monasteries and Churches 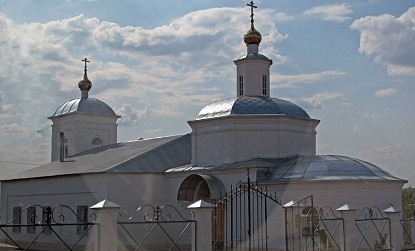 On the way from Uzlovaya to Bogoroditsk, one may meet the snow-white St. Nicholas Church in the village of Vysotskoye. The history of the Church starts in the 18th century. One will be amazed by comparing photos of the temple during the Soviet years and its current state! Visit the churches of Tula Region! Gather ...
Svyato-Nikolsky temple in Vysotskoe village
Vysotskoye, Uzlovsky District, Tula Region
Add to tour Delete from tour
Monasteries and Churches

The town of Uzlovaya got its name in 1877, as the intersection of three railway lines to Yelets, Tula, and Ryazhsk. Such a favorable position of the settlement contributed to its development at the end of the 19th century. Merchants were actively trading thanks to the Syzran-Vyazemskaya railway that appeared in those years.

In 1874, a locomotive depot was built near the intersection of three tracks. Nowadays, one of the attractions of Uzlovaya – the Railway Museum, which tells about the fate of the town – is located at Strelkovaya St., 19/4. Parts of steam locomotives, diesel locomotives and other types of locomotives are of interest to both children and adults. The museum is equipped with interactive platforms that imitate the workspace of drivers from different eras. The exposition contains items from the pre-revolutionary everyday life of local railway workers.

Uzlovaya also has monuments. One of them is installed next to the station: it is the FD20-1535 steam locomotive. The machine with a capacity of 3,100 horsepower worked during the Great Patriotic War, providing the front lines and industry with every necessity around the clock. Almost everyone who has visited Uzlovaya since 1988 has taken a photo with this steel giant.

But the most popular landmark of Uzlovaya, or rather Uzlovsky District, is Konduki. Coal mining in the Ushakov pits stopped only in 1999. Since then, nature has worked its magic over this place in order to create a completely alien landscape within a few years. Tula citizens and residents of neighboring regions come here at any time of the year for an indescribable experience, swimming in colorful lakes and ice skating, surrounded by the local “Norwegian Fjords”.

Welcome to Uzlovsky District. Without it, getting to know the Tula land would not be possible.