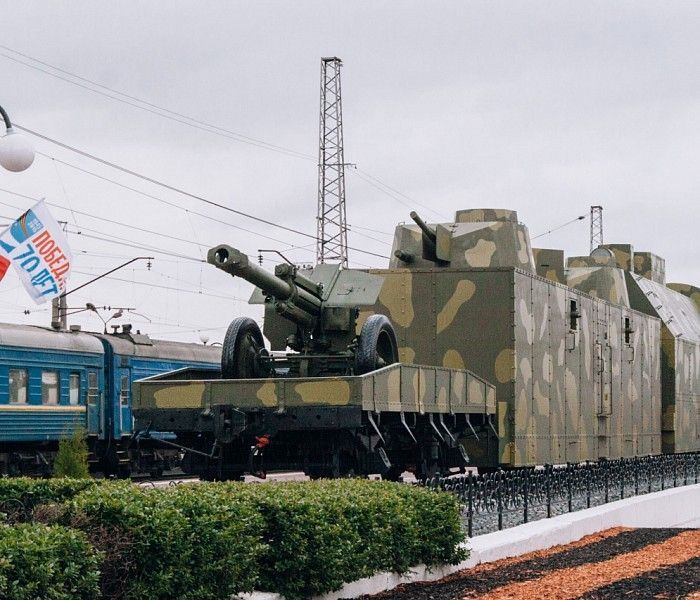 The Sasha Chekalin Museum was founded in 1962. It is a village hut, imitating a house in which Sasha Chekalin's childhood and his last days of life passed. The exposition of the museum presents photos, documents, personal belongings of our great countryman.

One can visit this armored train, which was built in the autumn of 1941 by Tula railwaymen and craftsmen and made a significant contribution to the protection of the city from the invaders. The museum exposition of the armored train is completely devoted to this model of military equipment. Here one can find out who built the famous sample of military equipment, how its crew was formed, what role the Tula workerplayed in the defense of the gunsmiths` city, which battles he participated in. And one can also see newsreels in the carriage-club, discover the bakery-carriage, take part in the military-historical games in the carriage-staff.

Quest The Tula Defense during the Great Patriotic Warin the State government of quality in Tula region Association of centers for the development of art, folk culture and tourism(Duration 1, 5 hours)

This is a game with an active immersion in the atmosphere of the 41st year, which will allow students to experience the trials that fell to the part of their peers of that time. The students will have to try on the role of a military fighter, a communicator and a radio operator, to try the Morse code, to learn how to encrypt and read messages, to taste soldier's bread and tea, not to be blown up on the minefield, to undergo medical treatment in hospital, to write a letter home. The place for the game is the area where the front line of Tula defense passed.
Read more
1
Day 1