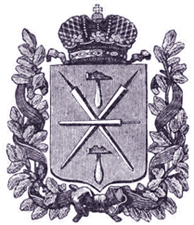 Let us dive into historical background of Tula region! This will help you to create a more complete image of our region and understand its value for Russia.

Tula region is an administrative-territorial unit, which is a part of the Russian Federation on the rights of its equal subject. It belongs to the Central Federal District. It was formed on September 26, 1937 during subdivision of Moscow Region. Its predecessor - Tula province (originally - vicegerency), formed by the decree of Empress Catherine II, existed from 1777 to 1929. Finally, the current borders of Tula region took shape in 1957.

Tula is one of the traditional Russian cities. The history of Tula region is inextricably linked with the history of the Russian state, the emergence of industry in it, its protection from foreign invaders. 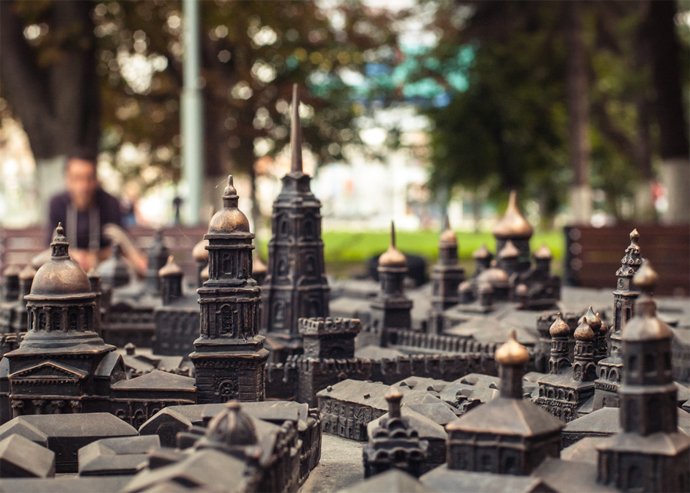 Vyatichi slavic tribes begin to settle on Tula land from the 7th century. The first chronicle mention of their cities belong to the 12th century. In 1380, on the territory of the modern Tula region, the historical battle of Kulikovo took place, which marked the beginning of liberation of the Russian lands from the yoke of the Golden Horde. For the first time after the collapse of Kievan Rus, the Moscow prince Dmitry Ivanovich managed to unite the military forces of several Russian princedoms. Thus, he defeated the Horde Khan Mamai in the upper reaches of Don River, for which he was nicknamed Dmitry Donskoy.

At the beginning of the 16th century, Tula as part of the Muscovite state served as a defense city on its southern outskirts, and was the center of the borderline of the fortress cities. At this time, a stone fortress – known as the Kremlin – was built. 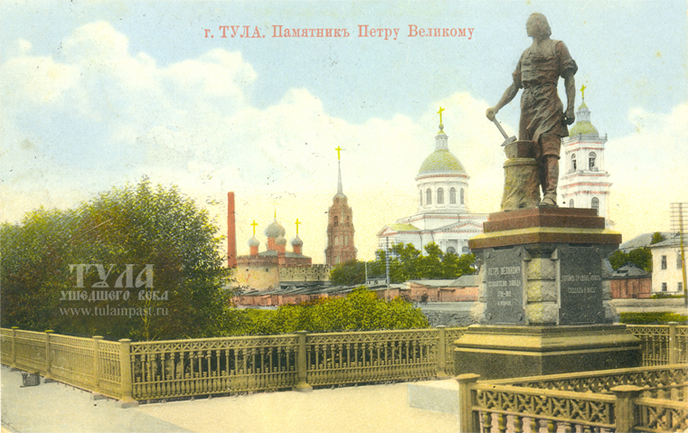 Tula is one of the oldest industrial centers in Russia. Since the 17th century, the first iron and arms factories in Russia have been established in Tula. In 1696, Tula blacksmith Nikita Demidov built two blast furnaces and hammer workshops at the mouth of Tulitsa River, initiating the development of blacksmithing. Tula gunsmiths became known since the end of the 16th century. And in 1712, by the decree of Tsar Peter I, the first Russian state arms factory was founded. In connection with the production of first-class weapons for the Russian army, the industry of Tula began its accelerated development.

With the formation of Tula province as an administrative-territorial unit of the Russian empire, the coats of arms were approved for the main and district cities. At the same time Tula housing scheme with a regular street layout was implemented. 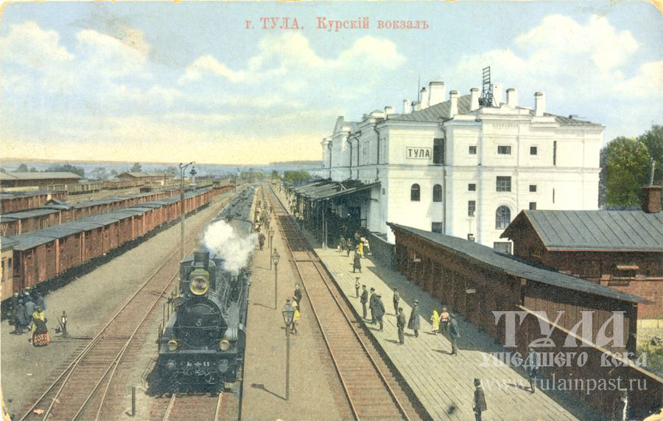 In the Patriotic War of 1812 Tula and its citizens played an active role. Tula gunsmiths produced 600,000 guns for the Russian army. In the province, the Tula citizen militia was formed; its members took part in battle action to defend the Fatherland. They also contributed to the foreign campaign. During the Crimean War of 1853–1855, Tula was supplying the Russian army with weapons; they helped to form the citizen militia.

Since the 18th century, in addition to weapon production, Tula has been developing the production of samovars, gingerbread, harmonicas, locks and hardware. It was amongst the largest industrial centers of the Russian Empire. In 1868 a railway line from Moscow to Kursk via Tula was opened, which led to setting up new enterprises.

After the abolition of Tula province, its territory was incorporated mainly into the Moscow region in the period of post-revolutionary transformations. Afterwards, when Tula region was formed, the territories with the developed industry and agriculture merged again. In the 30s of the 20th century, new enterprises appeared here, including chemical and coal industry.

During the Great Patriotic War, fierce battles with the German fascist troops took place on the territory of Tula Region. Out of 40 districts of Tula region 33 ones were occupied by the enemy, 6 districts were partially occupied and only one, Zaoksky district, was not occupied by the enemy. The heroic defense of practically surrounded Tula from October to December in 1941 made in into history of the Great Patriotic War as a bright and significant event. The Tula workers regiment formed from local residents made a heroic contribution to the defense of the city and the capital. On the crucial days of the Moscow defense, Tula blocked the southern routes of approach to it. Here the tank army of Hitler's general Guderian was stopped, exsanguinated and defeated. During the years of the Great Patriotic War, over 250 Tula citizens became Heroes of the Soviet Union, and three (I. Vorobyov, B. Safronov and M. Fomichev) were awarded this title twice. Forty-one warriors became Full Cavaliers of the Order of Glory, over 170 thousand were awarded orders and medals.


On December 7, 1976 by the Decree of the Presidium of the Supreme Soviet of the USSR “For courage and resilience shown by Tula defenders during the heroic defense of the city, which played an important role in defeating the German fascist troops near Moscow during the Great Patriotic War” Tula was given the honorary title “Hero City” and the “Gold Star” medal.

In the post-war years, engineering, chemical, and coal industries received further development in Tula and its region; new research institutes and design bureaus emerged, including those that worthily continue the glorious traditions of the Tula gunsmiths.

Book a room
Do you have a question?