Object type:
Any
Any
Location:
all region
all region
Tula
districts of the region

on Map
Добавить место 9 places
9 places
ATTENTION! Due to the current epidemiological situation changes in the work schedule are possible! Please make sure to check the operating hours of the objects by contacting them in advance!
Natural monumentsMonasteries and ChurchesMuseumsSculptures and monumentsEstatesIconic locationsSights 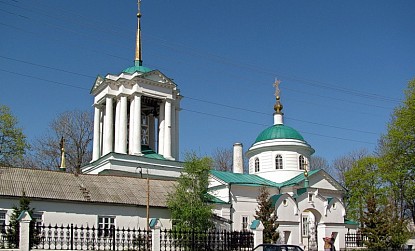 The magnificent white Assumption Church in Bogoroditsk with columns on the bell tower adorns the local area, along with the stunning Bobrinsky Palace and other sights of the city. There are a chapel and a Sunday school on site. A wonderful, inspiring place!
Church of the Assumption (Bogoroditsk)
32 Oktyabrskaya St., Bogoroditsk, Tula Region
Add to tour Delete from tour
Monasteries and Churches 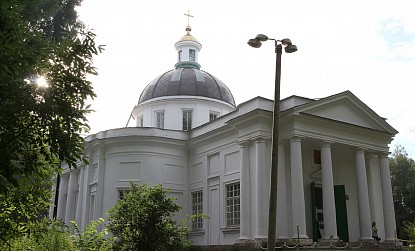 The extremely beautiful temple in the Bolotov Park was built in 1783 near the Palace of Count Bobrinsky. It cost the clergy a great deal of effort to restore this magnificent church. After visiting the palace, do not forget to look here while strolling through the park!
Holy temple of Kazan
A.P.Bolotov Park, Bogoroditsk, Tula Region
Add to tour Delete from tour
Monasteries and Churches 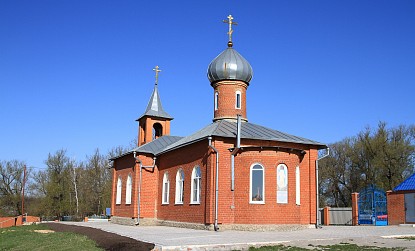 Often, the construction of a temple is the result of a miracle or an unusual combination of circumstances. So the church in honor of the Icon of the Mother of God "Life-Giving Spring" in Levinka was built at the resting place of Schema-Archimandrite Irenarchus. You may learn the wonderful history of the temple whe...
The temple in honor of icon of Mother of God "life-giving spring"
1A Levinka, Bogoroditsky District, Tula Region
Add to tour Delete from tour
Monasteries and Churches 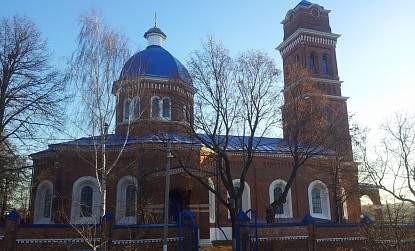 How beautiful is the Holy Kazan Convent in Paporotka! Look at that tall bell tower! Once the pilgrims arrive at the walls of the temple, they feel the grace of God! A wonderful legend is connected with the name of the temple. Come and see for yourself!
Svyato-Kazansky female monastery
Paporotka, Bogoroditsky District, Tula Region
Add to tour Delete from tour
Monasteries and Churches 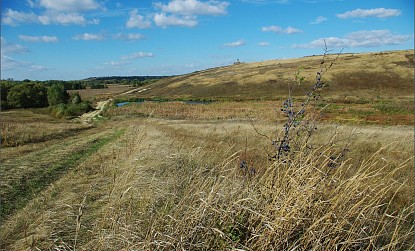 Probably, not everyone knows what a tract is! Let us say that this place is different from the general landscape. Indeed, the nature is quite different in a place called "Nizhny Dubik." There are a lot of species of lichens, grasses, insects, amphibians, which are very difficult to find throughout Europe in genera...
free
Nizhniy Dubik steppe tract
Nizhniy Dubik Steppe Tract, Bogoroditsky District, Tula Region
Add to tour Delete from tour
Natural monuments 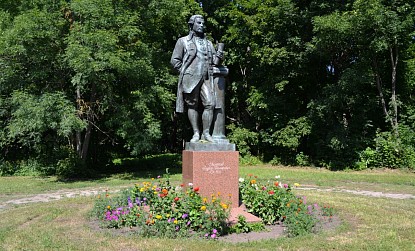 The city of Bogoroditsk remembers the great times of Catherine II and what she did for it. Having built a palace here for her Grigory Orlov's illegitimate son, Alexei Grigoryevich Bobrinsky, she breathed the luxury of court life into the provincial town. The outstanding mind of that time, Andrei Timof...
free
Monument to Bolotov
Territory of the Bogoroditsky Park, Bogoroditsk, Tula Region
Add to tour Delete from tour
Sights 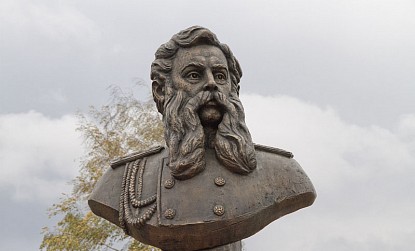 The life of Bogoroditsk is closely connected with the dynasty of the Counts Bobrinsky. Thus, grateful descendants put a bust of Alexey Pavlovich Bobrinsky at the railway station. Alexey Pavlovich's personality will be revealed to you by employees of museums of Tula, Don, and Bogoroditsk. An extremely remarkable pe...
free
Monument to Bobrinsky
Zhdanka Railway Station, Bogoroditsk, Tula Region
Add to tour Delete from tour
Sights 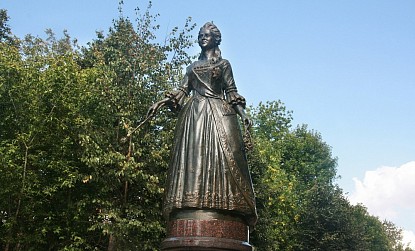 The monument to the all-Russian Empress Catherine the Great appeared here only in 2015, despite the fact that the Autocratrix had a great influence on the development of Bogoroditsk. The city, along with a luxurious estate, went to her illegitimate son, Count Bobrinsky, whose family name made these places famous!
free
Monument to Catherine The Great
Bogoroditsk, Tula Region
Add to tour Delete from tour
Sights 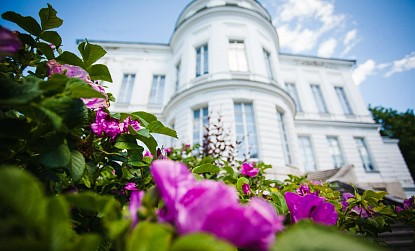 It is said that Catherine II, having arrived to visit her illegitimate son, opened a fan on the observation deck of the palace and ordered to build the city of Bogoroditsk with the rays of streets radiating from this point. Now, it is up to you to investigate in the halls of the pearl of the Bogoroditsky region, wh...
50-200
Bogoroditsk Palace Museum and Park
Bogoroditsky Park and Museum, Bogoroditsk, Bogoroditsky District, Tula Region
Add to tour Delete from tour
Museums

Bogoroditsk was located some distance away from the Great Zasechnaya Cherta (Great Abatis Border), but was an integral part of it. There was an observation post, from where the abatis border guards looked out for the Crimean hordes moving towards Moscow along the Muravsky Trail. During the reign of Tsar Aleksey Mikhailovich Romanov, in 1663, the fortress called Bogoroditskaya (Mother of God) was built here. All the sights of the town of Bogoroditsk in Tula Region, which we can see today, appeared much later.

These lands belonged to Empress Catherine the Great. In the 1770s, a beautiful palace was to be constructed on the site of the ruined burg. The architect of this landmark of Bogoroditsk and Tula Region was Ivan Yegorovich Starov, the creator of the Trinity Cathedral and the Tauride Palace in St. Petersburg. After the death of the Empress, the estate went to the son of hers and Grigory Orlov, Aleksey Grigorievich Bobrinsky.

There are two monuments in the palace park: one to Catherine the Great, the other to the great Russian scientist Andrey Bolotov. The current fan-shaped layout of Bogoroditsk, as well as the advanced design of the local park, can be credited to Andrey Bolotov. The observation deck of the palace offers a stunning view of the pond and the town. This is a great place to take spectacular photos.

Representatives of the Bobrinsky dynasty made an impressive contribution to the development of industry, science and the social sphere of the Russian Empire. Aleksey Pavlovich Bobrinsky, the grandson of Catherine the Great, became the Minister of Railways in 1871. During his tenure, 21 thousand versts of railway lines were built in Russia. One of the attractions of Bogoroditsk and Tula Region – the Zhdanka Station Museum – is dedicated to his work.

The best tourist sites of the town and the region are available on our website. Addresses, coordinates and descriptions of the sights of Bogoroditsk will help you create an interesting weekend itinerary.